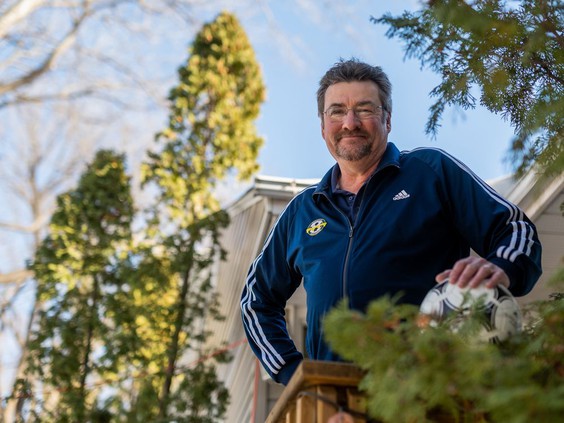 Soccer in Saskatoon is set for an overhaul meant to create a system that can be all things to all kids.

Saskatoon Youth Soccer Inc. President Mark Millard said Saskatoon’s five current zones for youth soccer are joining forces to form the Alliance academy, which will create a dedicated stream for kids from across the city who want a “high commitment” option in the sport.

“A parent can look at our soccer structure now and see a clear pathway from under-five community association all the way up to our zones and our clubs and all the way through academy, league play and potential pathways for pro, semi-pro or university, or just playing adult soccer with their teams,” Millard said.

The new setup will see two new leagues for the 2021 indoor soccer season, “depending if we have a soccer season in a normal sense,” Millard added in reference to the potential for ongoing restrictions due to the COVID-19 pandemic.

The new City League and Academy League will replace the current divisions. The City League will be geared toward kids simply looking to play a game a week, with optional practices through their zone.

The Alliance League will be a more involved, city-wide program for selected kids starting in the under-11 division and progressing to under-19s.

“The key is that the players will all still play with their clubs, and they’ll be selected for extra training within the academy once a week (during the indoor soccer season),” Millard said.

The outdoor soccer season would have the zones continue to select under-13 players for Provincial Soccer League teams, while kids from the Alliance program will make up the PSL teams at the under-15 and under-17 levels, Millard said.

Mike Gramiak, technical director of the Eastside Youth Soccer Association, said the idea to radically change the current model was developed among his counterparts in the other zones to address a few problems.

First, Gramiak said the current, fractured system left Saskatoon at a disadvantage in national competitions against teams selected from entire cities. Second, Gramiak said they were noticing high-level players were starting to drift away to competitive training academies outside the system. He said this created scheduling nightmares for many parents when it came to zone play.

“What was happening was that on the same team, you could have three players that were enrolled in different organizations, which makes scheduling really tough for the families,” he said.

Millard and Gramiak said they’re excited to get to work under the revamped system.

“I’m so excited that we now have this pathway, this academy, it was a piece that was missing,” Millard said. “But we must also make sure we look after everybody: all our players have a place within our organization, regardless of their technical ability.”

Manage your identity from the palm of your hand to the top of your desk.